I should probably start by telling you I never wanted children. I was going to be the cool aunt, never the Mum. That was before I met Joe.

He was a game changer for me – one my mother, sister, cousins will always be thankful for.

When you meet the love of your life (In our case second time around ) It felt only natural to want a little version of us running around. Although when you envision this, you only consider all your positive traits – none of the bad ones

We decided to ‘try for a baby’ and the fun we had. I fell pregnant after 4 months and we were delighted. We put in an offer on our dream home, and it had been accepted, everything was perfect.

Two weeks after I started to bleed. I got booked for an ultrasound, and they confirmed that we had miscarried. It’s an odd feeling as I spent those two weeks nervous and scared about what we had to come but the minute I knew it wasn’t going to happen, I didn’t want anything more.

4 months after we found ourselves pregnant again, this time a little more fearful of telling parents and friends as we knew from previous experience the sadness of having to tell them of our loss. The ‘shinyness’ of pregnancy had been lost slightly. We announced to our friends at Christmas when I was 17 weeks – all were delighted.

At the twenty week scan we found out we were having a girl ( we had both wanted a girl ) we were ecstatic. The nursery was completed and decked out by the time I was 28 weeks pregnant

At 38 weeks the midwife was suddenly concerned that what I had thought was the bottom for the last 3 months, was in fact her head (She was breech) I had a scan, and this was confirmed. The poor kid has been poked in the head by me for months, thinking it was her bum. After a painfull attempt of having her turned I was booked in for a c section a week later.

19/06/18 – Enter Taylor. She is everything we wished for and more. She is beautiful, sassy, clever and has her dad wrapped around her little finger.

Joe and I had spoken about expanding our family for a little while. But watching Taylor in lockdown cemented the fact that we wanted a sibling for her – someone to play and fight with.

I am one of two. My sister and I work together and still call each other every morning and evening for chat – we are so close; she is my best friend. Joe is one of three and has fond memories of following his brother around.

28th November we were putting up our Christmas decorations (Don’t judge us, it was lockdown) Taylor was having a nap, we were watching ‘Last Christmas’ the film with the George Michael songs, I was having a wine and it tasted funny – add that with the wretch I made when eating camembert – I ran upstairs, took a pregnancy test – and confirmed we were expecting again. That moment we knew that the next Christmas would be so different.

We had a very normal pregnancy. No worries, no concerns. We found out we were expecting another girl and later found out that she was also breech. So C section number two – here I come. And for me an overly organised person this was fine – date booked, childcare sorted  – prepped!

Then Covid caught us – I was over 38 weeks at this point.

If only I could go back to that week and think that isolating with a three-year-old was our biggest hurdle. With a heavily pregnant exhausted Mummy and an equally exhausted expectant Daddy.

My symptoms worsen, and I went into hospital with reduced movement. I was in and out of hospital over the next 3 days being monitored and finally on Saturday had a scan to check oxygen levels and all was fine.

On the Monday I had a routine midwife appointment as it was a week before my section and I could attend as isolation was over and I was free – other than the lack of smell and everlasting cough I felt much better than I had done. After the normal pleasantries I jumped onto the couch, examined by the student midwife, the cold jelly applied that makes your toes curl and unlike normal – a deafening silence filled the room.

The silence went on forever

I was sent for a scan at the hospital, were a midwife – Mel – who I will never forget and be forever thankful for – held my hand whilst the consultant told me that Georgia, our baby we had watched so intensely and been so close to meeting had died

I sobbed – howled even. I’m not sure there are words that can describe the sound of a parent that has been told their child has passed. Mel bear hugged me – so tightly and just didn’t let go – at a time of COVID,  she put herself at risk to try and help a grieving mother.

The phone calls then had to happen – I had to ring Joe and confirm his nightmare. Parents, bosses, siblings, friends – the list is endless.

In-between these times, I went into active labour – my waters broke – so our baby Georgia was coming that day.

We were lucky enough to loose Georgia in Worcester where they have bereavement suites and bereavement midwives. Things that people don’t think about are that these rooms are sound proofed- as being a mother that has just given birth, I still need the same care as those with babies that have survived, so you will often be on the same ward and hear new born babies.

We spent 4 days in the suite with Georgia. She was in a Cuddlecott, this is a cooling cot that allows you to spend time with your baby. Our family met her, held her, had photos. She had a blessing with the chaplin and our eldest daughter got to finally met and say goodbye to her little sister.

We have ongoing support with our midwife but is worrying how this differs from county to county.

But the reality is it will happen again – 3000 babies are still born every year.

I just hope by talking about it we make it easier for everyone. For me personally I talk about Georgia all the time – it’s only been 11 weeks, in some respects it feels like yesterday and in other ways only months.

Sadly, there is a community that I have become a part of. It’s one you wish you never knew about. TEO mums have helped me more than they would ever know – Roman and Effie’s mums – our babies are dancing in the stars

Our babies are born still but they are still born.

‘Remember that place between asleep and awake – the place you remember dreaming? Thats where I’ll always love you and that’s where ill be waiting.’ 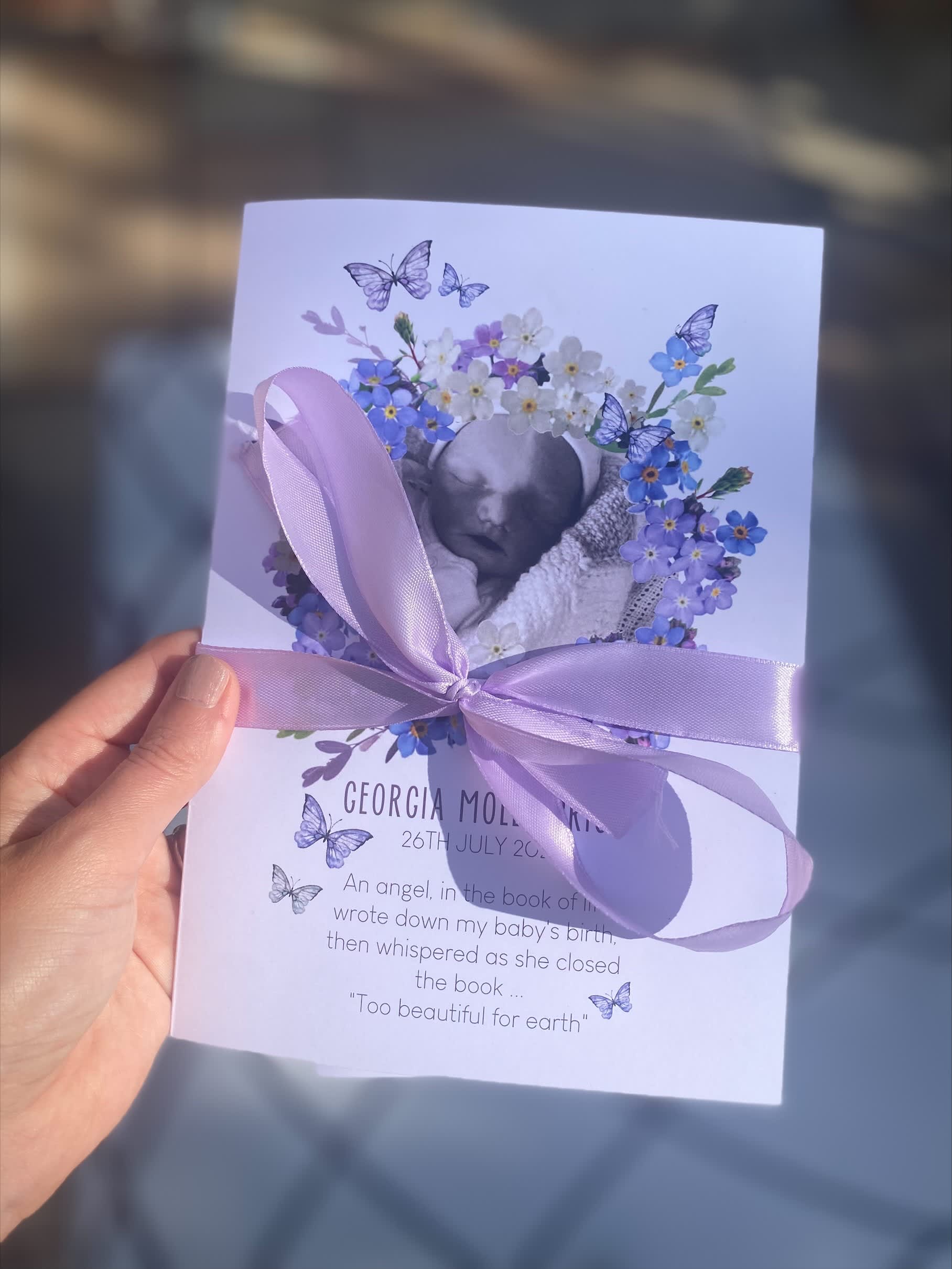 I don’t want all of you lovely expectant mothers to now worry, this is not the point of this blog, but please if you feel reduced movements, you have any concerns – call and go to the hospital for a check, you are not an inconvenience to them like we worry we areBecci, Joe, Taylor and Georgia x 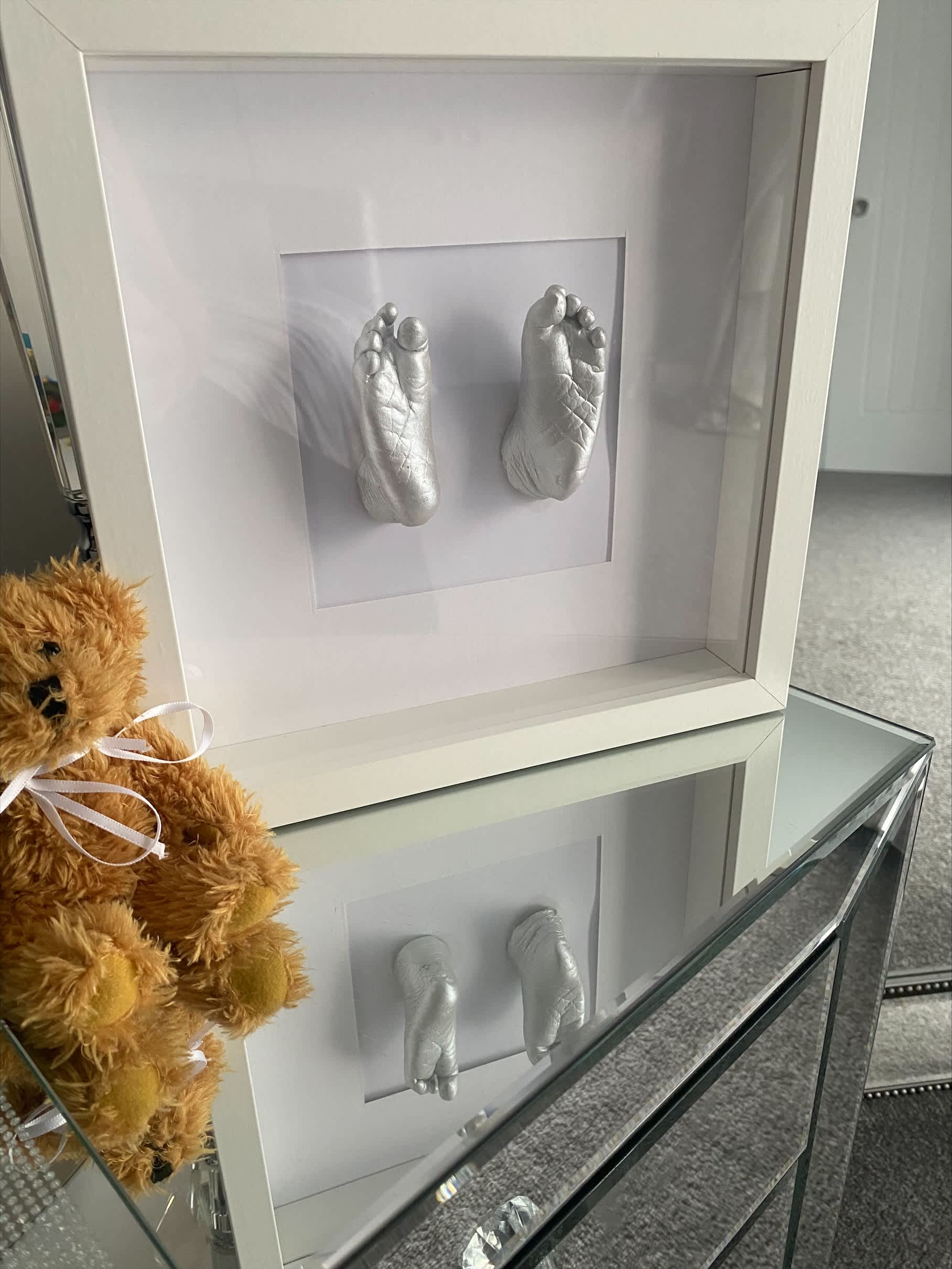