December 2021 was supposed to be beautiful and miraculous and I was determined to have my best birth yet.  I was vegan my entire first trimester and worked out four to five days a week my entire pregnancy.  I was the definition of health.  I had previously had two c-sections and was beyond determined to have an all-natural VBAC this time around.  No amount of pain could stop me.

Then December came. I came down with what started as a cold and quickly became uncontrollable fevers, body aches, and an unrelenting cough. On December 4, I tested positive for COVID-19 at 40 weeks pregnant. I would be lying if I said I wasn’t terrified but I was still pushing for an all-natural birth no matter the circumstances.

By the next day, my waters broke and by that night, the contractions were every two minutes and lasting about 45 seconds. My husband was my rock and I fought like hell with no epidural. Nothing. After eight hours of these contractions, the doctor told me I was only 1 cm dilated. I was starting to nod off from severe pain and exhaustion from the labour and the COVID.  I tried my best to continue, but in the end, I accepted an epidural.

I took a power nap and thought that I was the worst – getting an epidural when I so badly wanted a natural birth.  Sadly, things got a lot worse.

By noon on December 6, I could feel the baby coming.  However, through my epidural, I also started to feel a sharp pain in my abdomen. I kept telling the doctor but everyone said the epidural probably fell out from pushing.

After my baby’s birth

As soon as my baby boy came out of my body, so did a pool of blood.  I was hanging by a thread when the doctor looked at me and told me that my uterus had ruptured and she was taking me to the OR immediately.

You cannot imagine the emotions that went through my body.  I thought the worst was over and I could finally hold my child and rest. I thought my husband and I could stare into his little face and soak in that newborn smell.  I still mourn the fact that those moments were taken from me. Instead, I had to sign consent for a hysterectomy and be rushed away before I could blink. I was terrified of being put under because with COVID, I knew things could go bad quickly.

Four hours later, I woke up.  I was on oxygen and had been diagnosed with pneumonia. My body was broken and my energy level was at a zero. Despite all of that, I fought like hell to push through the discomfort and to get home, where my two other children were anxiously awaiting to meet their brother.  After four days, I finally got off of the oxygen and made it home.  Things were getting better each day. I had my babies with me and life was great.

On December 15 2021, I had a stroke. I now know that postpartum can lead to a stroke, although it is very rare. My neurologist said what happened to me was the perfect storm – COVID, emergency surgery, and postpartum.  I was three hours away from my family for 10 days and in the ICU.  I lost the ability to walk without a walker and my entire right side was extremely weak. I could no longer brush my hair or even cut up my food.

I truly hit rock bottom. I cried more than I thought was possible. I had three young kids to mother, a husband to love, and a family I wanted to enjoy.  No part of me was willing to be their burden. I still cry when I think about that month and how things ended up. No one could have predicted this and I would not wish this on anyone.

It has been almost five months now and I am doing phenomenally well. My children gave me strength when I thought I couldn’t go on.  I was determined to give them the life that they deserve. What they had to go through was utterly traumatic and I never wanted them to experience that – especially not at such a young age.

I am thrilled to say that I have made an almost full recovery and am back to running and working out and chasing my kids around. I was never deeply spiritual before all of this happened but it is without a doubt that someone looked down on this family and helped us to keep pushing and fighting no matter how bad things got.

Birth never goes as planned and it can be truly life-threatening but there is one thing for certain – my child is worth all of the pain I experienced and bringing him into this world is nothing short of a miracle.

Processing my experience and the impact on my mental health

I am incredibly grateful to have had an overwhelming amount of support during this dark time.  My friends and family did not skip a beat and were right there to help my husband with my young kids and my dog.  I do not remember much during that time but I do know everyone went into survival mode and did whatever was necessary to make my children’s lives as normal as possible.

I had a tremendous amount of guilt when I was in the hospital due to the fact that my kids had their mother taken from them and did not see me for almost a month straight.  I also knew my husband had the weight of trying to raise two young kids on top of waking up every two hours with a newborn while mentally dealing with the fact that his wife may never be able to get out of bed or keep up with these children of ours ever again.

I still thank him for being such a rock during that time – he says he just put his head down and took things one day at a time and had faith that I was strong and would beat this.

Although I had so much support, my mental state went through multiple highs and lows. I felt every emotion and I had hormones ripping through my blood making things more intense. I felt guilt that my kids and family had to suffer, I felt anger that this happened to me, I felt immense sadness knowing that I could never carry another child, but I also felt gratitude for being alive and knowing that I could have been much worse off.

I also struggled with letting these emotions out because I felt as though my family had been through enough and did not need me breaking down every day – but I also knew that it was terrible for me.

Sharing my story helped me to heal

To be honest, it took me a while to even talk about my story and the trauma that I have gone through. I was not ready and I knew my mental state was fragile but the more I tell my story and talk to people the better I feel.

I know it was unbearably hard on everyone during the first few months and being supportive of a woman who just went through hell is incredibly hard when you also went through trauma yourself. However, experiencing those emotions together helped my husband and me more than it did to shut down and pretend that life was okay because I was home.

Going through a traumatic birth is hard on multiple people and feels incredibly unfair, but it happens. Talking about what happened to us helped me a lot but I could not be pressured to do that – I needed time.

Every woman who has experienced a difficult birth needs time to deal with her thoughts but she also needs to know there are people in her corner when she is finally ready to open up. 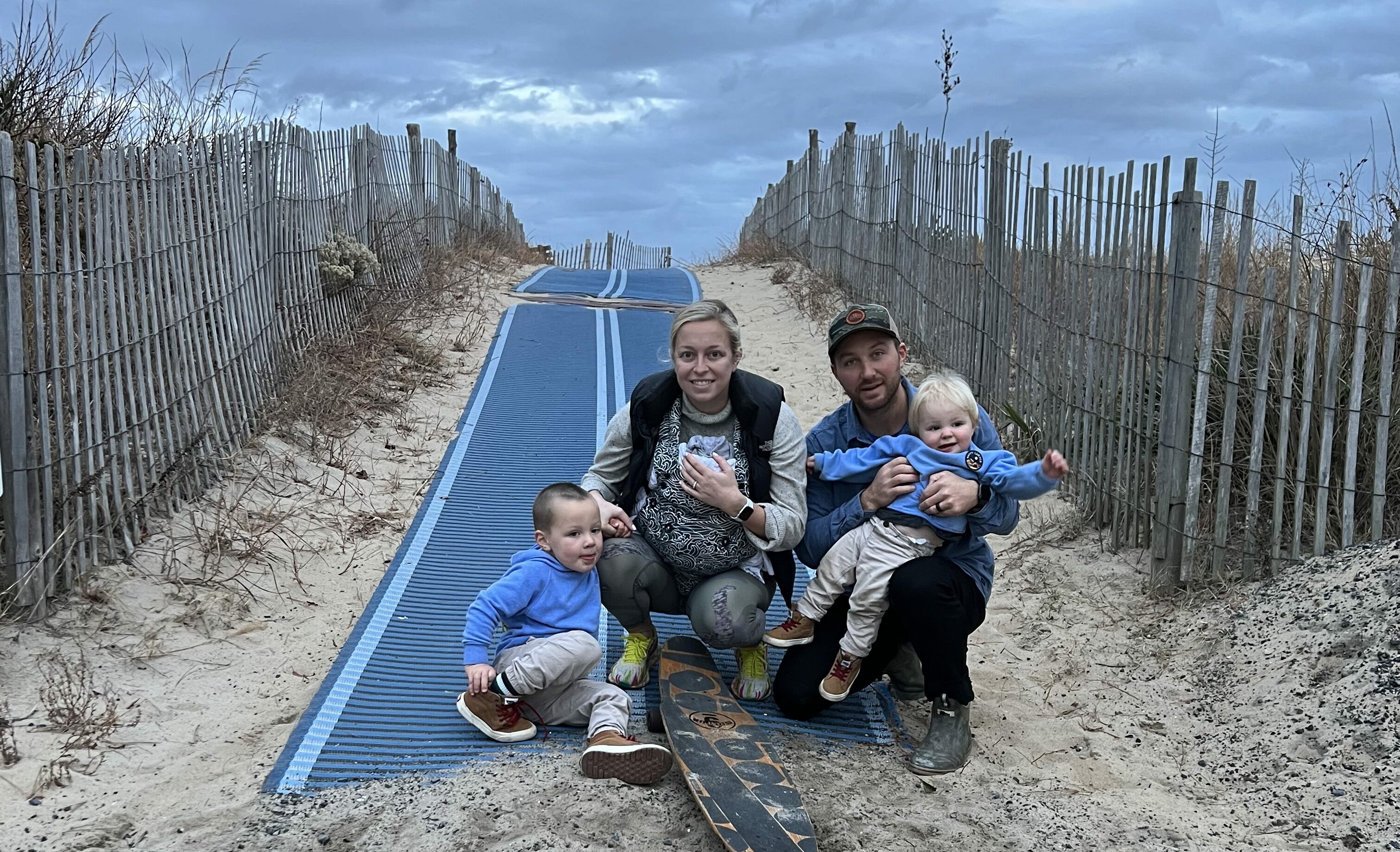 If you are struggling to process a traumatic birth, or need support for your mental health during the postpartum period, our bloss experts are here to help. Search for midwives, psychologists, therapists or wellbeing experts here or post a question to any of our experts in the Clinic.

How to speak with your employer about IVF treatment

IVF on the NHS: everything you need to know