My fertility Journey as an LGBT+ mother

A dream to become a mother

I always knew that the one constant desire I had from a very young age was that I wanted to be a Mother one day. By the time I finally came out, met my wife and settled down, we discussed having a family and that we both wanted to carry. The question was- how?

So many questions, and many of them unanswered. We knew that our local Clinical Commissioning Group (CCG) at the time didn’t provide funded access to fertility treatment, so off to the private clinic it was.

Embarking on fertility treatment as a homosexual couple

It’s difficult enough to go through fertility treatment as a heterosexual couple. But being LGBT+, threw up so many barriers in our journey.

The lack of access to funding, the ‘who will carry first’ decision. Then it was trying to find a donor in the ocean of donors from sperm banks that could meet our expectations and ultimately help create our future children.

After watching my wife have five attempts of IUI, including a miscarriage, to conceive our daughter, we finally got our dream of becoming mothers – and no feeling could compare. Then several years later we revisited our clinic CRGH to try for a sibling.

I felt ready. I was prepared in my body and mind, I was healthy and ready to carry our second child. I found IUI relatively easy – less invasive than IVF and after seeing my trojan of a wife go through such difficulty conceiving with her PCOS, I knew this was something I could conquer.

I was spectacularly pessimistic. I told myself it wouldn’t work straight away, that it would take a few attempts like before. I was relaxed, took the journey with ease, and was surprised when on the second natural cycle of IUI, I was pregnant.

My pregnancy was a smooth one, I felt great and although the birth was a difficult one, I knew I had been lucky. So when we made the decision several years later to have a third child, that I would carry again, I did what many do. I convinced myself this would be as ‘easy’ as last time. That I would just ‘fall’ pregnant again. But life never works like that.

Three failed IUIs in, just as the pandemic was about to hit, we discovered that my ovarian reserve had diminished. By HALF. How? I had eaten all the right things, kept healthy, removed anything toxic from the house.

What had happened? I was only 33! I believed the foolish, misguided assumption that, “I fell pregnant so quickly last time so I’m sure I will again”. But my body had other plans and falling pregnant so easily wasn’t one of them.

I soon learnt you shouldn’t take your fertility for granted or make assumptions history would repeat itself. From there, a move to IVF for us was what was needed (we have only two sperm vials left and our donor had long been retired).

Then lockdown hit and I was crushed – no IVF, not even an egg collection could be arranged in time. I pulled myself together and spent the first lockdown getting mentally ready for IVF.

When we started the IVF, I didn’t realise the toll it would take on my body. The constant trips, the medications and my hormones being all over the place. The desperation I felt, the pressure to get those two lines.

And again, I was crushed. My first IVF transfer failed. Two perfectly graded embryos failed. I felt my body had failed me, us. So we went again, once more on this marathon journey, and I knew I had to stop putting pressure on myself, on us and just know that it would happen, it was just a case of when. And on that next attempt it did – we got those two lines!

All those years, the money, the barriers, the medication. The scans, failed cycles, the tears. The stress, dashed dreams, the trips back and forth to the clinic. Having fertility treatment has been the hardest journey that we as a couple, and myself as a person, have ever taken.

Fertility treatment may be the hardest thing I have gone through physically and psychologically, but the wonder of science has given me the most precious three miracles life could give – and they are worth ever single injection, penny, tear and breath. 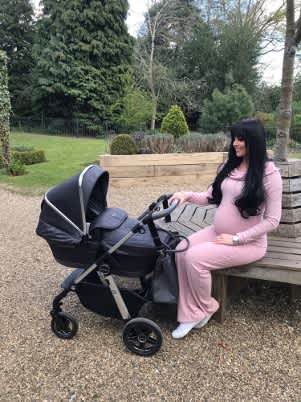 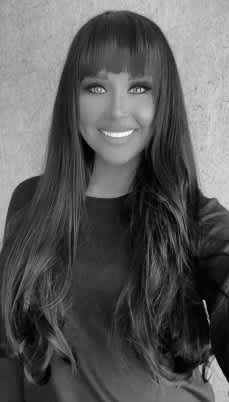 Laura-Rose Thorogood is a married lesbian of fifteen years and mother with three children by IUI & IVF treatment spanning over a decade. She is the Founder of LGBT Mummies, a global organization that supports LGBT+ women and people on the path to motherhood or parenthood.

She is an LGBT+ Family Activist, fertility advocate, educator, writer, speaker and campaigner for policy change for LGBT+ families. She provides education and training to organisations in how to support LGBT+ employees on the path to parenthood & LGBT+ competency.

She also works directly with the NHS, has met with Government and works with other global organisations to improve policies, educate and  ‘usualize’ LGBT+ families on the path to parenthood through pregnancy, birth, general healthcare across society and the media.

LGBT+ fertility treatments and work: how to talk to your employer about IVF

Get to know more about Laura Rose, founder of LGBT Mummies