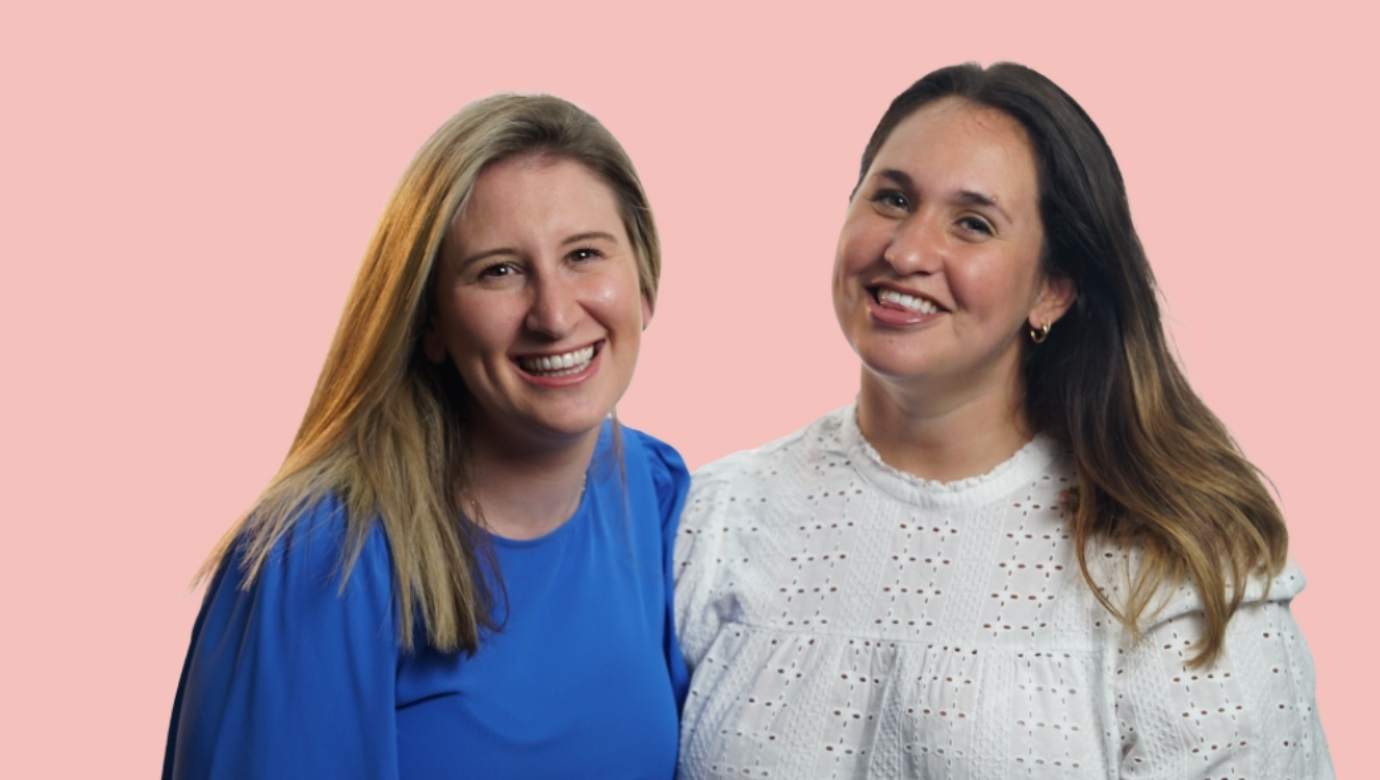 Hi, I’m Gemma Arnold from Toddlers, Teens, and Between. I’m the between and toddler expert. And I’m Sophie Ziff, our teen expert. And we’re really excited to share our top tips to help equip you as parents for your toddlers, your teens, and between.

A question we often get asked is what should I do with my child when they’ve been misbehaving? And I need to remove them from the scenario that they’re in.

We often hear of this kind of quite outdated concept of the naughty step, but actually we’ve coined it. The thinking time space, which is a beautiful idea of a time in with a parent where you model co-regulation.

So the thinking time-space has got three processes that it’s involved. Number one is the calm stage.

At this stage, there is no point trying to communicate with them, why they’ve been removed or what to do. You simply want to sit with them and model being calm. You can do lots of breathing techniques at this point with them to make sure that they bring their emotion back down to a steady pace.

And we like to also suggest adding in breathing techniques at different times of the day. So they have the knowledge and the practice ahead of these thinking time-space could be when you’re driving in the car, it could be before bedtime.We love using palms. It’s really visual and physical breathing in and breathing out.

And you’re essentially creating a foundation for mindfulness there.

So this is the first stage of the thinking time-space then you move on to the awareness. You talk them through what just happened depending on the understanding that your toddler has. You can give them the language of what just happens. You were hitting that person. So I have removed you from the situation because we do not hit. We use kind hands.

If they’re slightly older and they’re slightly more advanced, you might want to say, why do you think I’ve removed you from the situation? What were you doing with your hands? That you shouldn’t be?

Totally, you’re giving them this time to think what has just happened, that I’ve had to come away from, whether it be snatching something from a sibling or constantly smacking another kid, you are giving them a moment for them to realize that that’s not acceptable and you are holding a really strong boundary.

The final stage is the time stage. We advise you to do a minute less than your child’s age, but a maximum of five minutes, you sit with them and you can get a visual cue, like a sand time when you turn upside down and they can watch the sand timer go down.

Don’t rush this stage. They’re going to want to get back to that activity. But during this stage, you can reflect with them. You can talk about their emotions. You can do breathing with them. Anything that will help them calm down and realize where they’ve gone wrong. It doesn’t need to be a sit in silence, think on your own activity, you are there with them. You were providing them safety and support, and you are helping them learn what to do next time.

Totally, cause you can say, what can we do when we go back into that activity? and you can either guide them, you know, next time I’m going to use my kind hands. I’m going to use my words. If I’m frustrated, I’m going to find an adult. I’m going to do my breathing technique when I’m angry. So you’re giving them cues or if they are a little bit older. You ask them, they have that knowledge to.