When you are 27 weeks pregnant the last words you want or expect to hear are “We need to go to theatre as your baby is coming”. This was probably the scariest thing I have heard and started what will be a very long and scary journey through the neonatal intensive care unit (NICU).

I went into spontaneous labour on Saturday 12th October at 3:30am, my husband rushed us to the hospital. As my baby was breech and in distress the decision was made to have a caesarean section. At 7:19am Jackson Bear Blake was born weighing 2lb 2oz.

My first thought, well that was a dramatic entrance into the world! 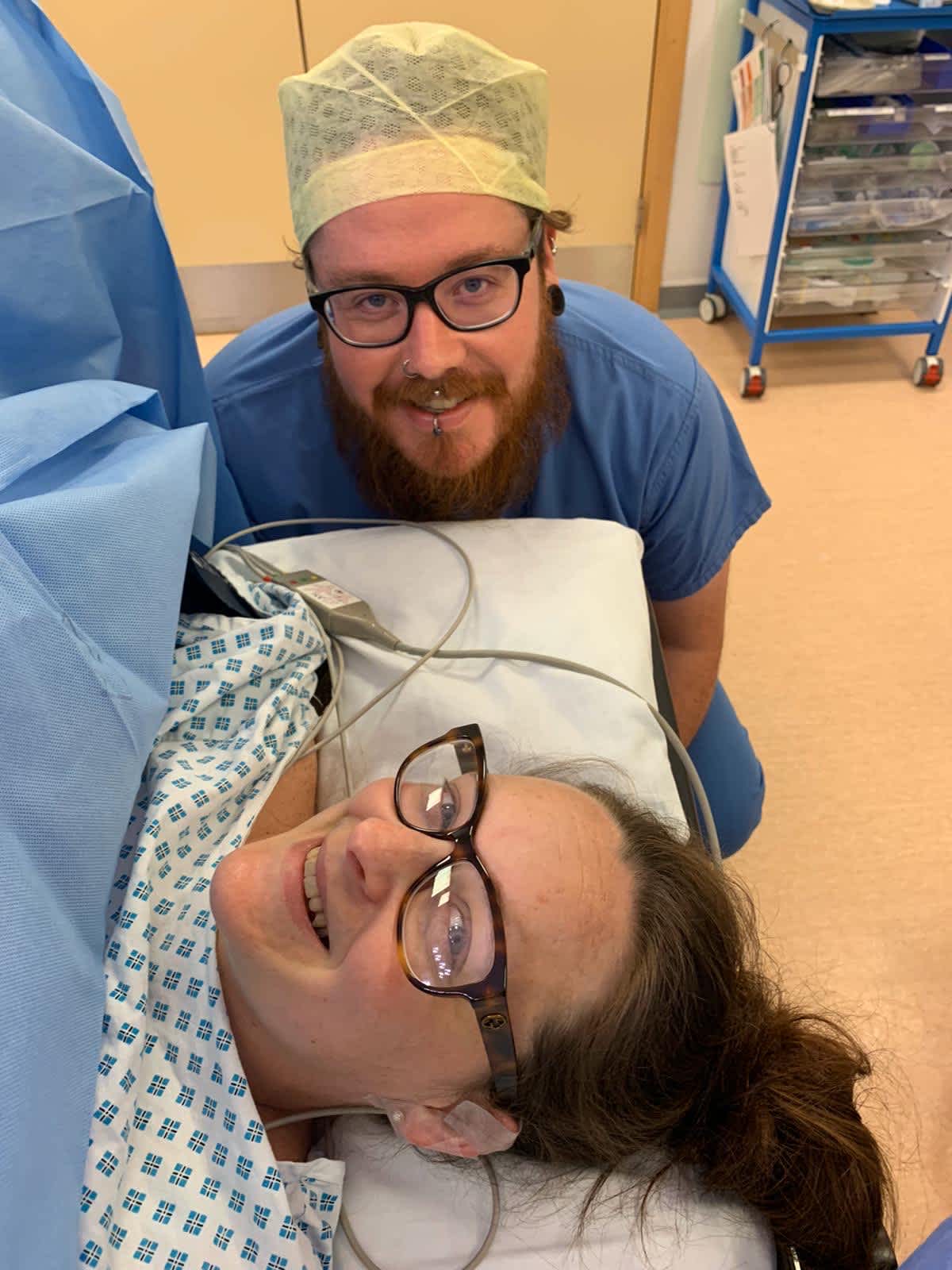 Jackson was rushed off to NICU while I was put back together. My husband was lucky enough to go with him for a few minutes then returned for me to go to the recovery ward. A lot of what had just happened I had forgotten, it’s only because of what I have been told and pictures that I have seen that I know what happened. 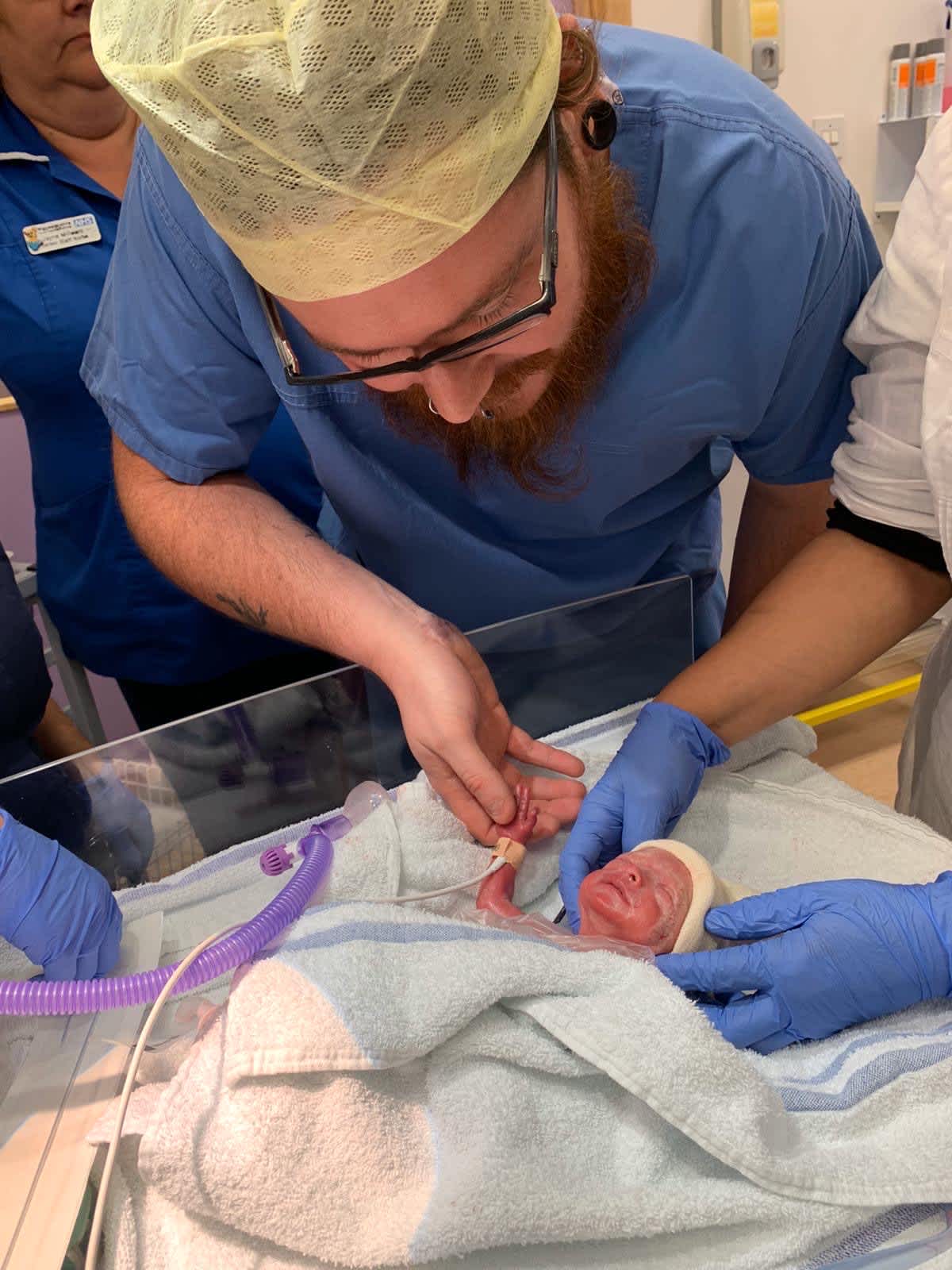 After a very long 9 hours of slowly getting the feeling back of my body, I was then able to be wheeled in the wheelchair to see Jackson in NICU. I had no idea what to expect and don’t think I took anything in that the lovely nurse said to me. I just sat there staring at my baby, laying in a see-through plastic box (later I would learn it’s called an incubator) I posed for a photo still not really understanding what was going on. 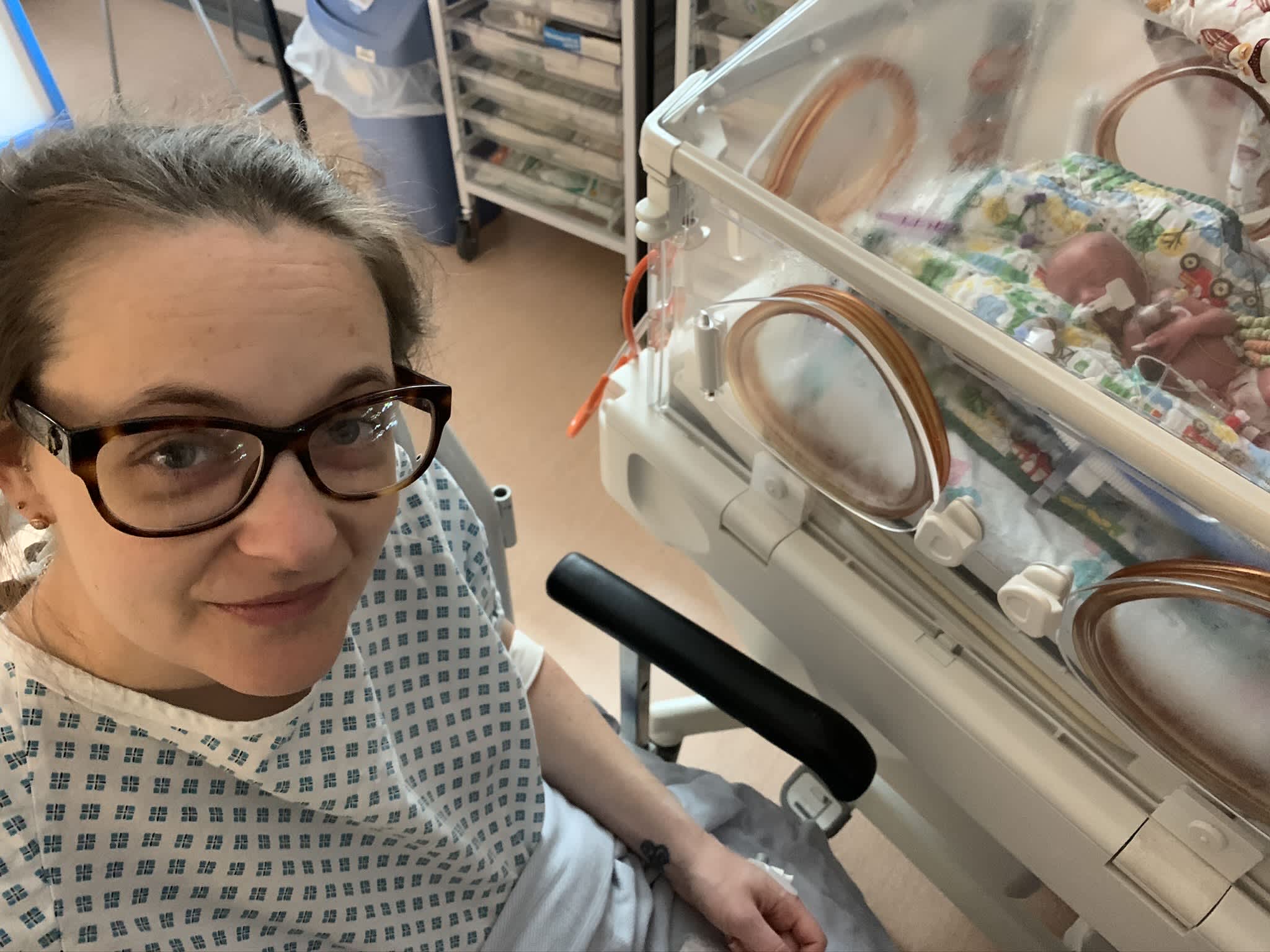 The rollercoaster of NICU

Over the next 81 days we would go through so many ups and downs. Being in NICU is like being on a rollercoaster. When you walk on to the unit each morning you have no idea what you will be facing that day. You might have a day of just sitting and watching them grow, you might have a tough day of scans, blood transfusions, X-rays or changing of cannulas. Whatever the day had in store for me I put a smile on my face and cracked on. Because, that’s what I thought I had to do, what Jackson needed from me, to be his happy and positive Mummy.

Throughout our journey Jackson’s main struggle was his breathing and need for oxygen. He was first placed on a ventilator then onto the cpap machine, (Continuous positive airway pressure), back to the ventilator, cpap again, high flow, cpap (infection) then high flow, low flow and finally one week before we came home he was breathing in good old hospital air.

Feeding your baby in NICU

Feeding was never too much of an issue for Jackson, while I pumped breast milk for him, it was fed to him though a NG (nasogastric) tube which went down his throat and later his nose. We would later try breastfeeding, but unfortunately neither of us really got the hang of it. Not being around your baby 27/4 can make it very hard to establish. 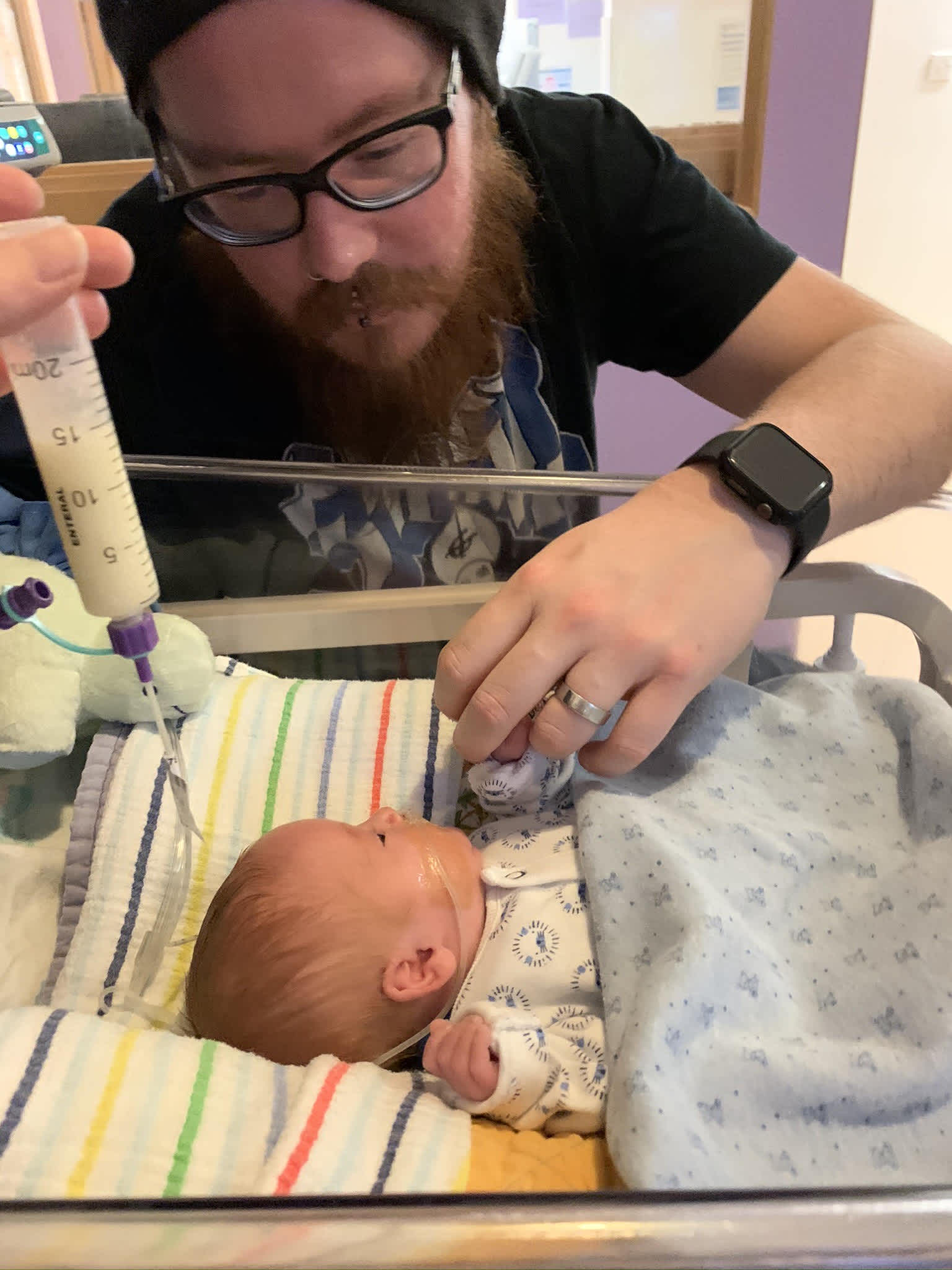 I was extremely lucky to meet some amazing people while in NICU. Parents and nurses that I am still in contact with today nearly two years later. I have some very special friends for life and so does Jackson! Without them I’m not sure I could have got through NICU.

When in the midst of the NICU journey, I feel you are in a bubble, only really talking to people on the unit and maybe your partner. I found talking to people that didn’t understand what I was going through really hard sometimes. I wish I had known there was a whole NICU/preemie community out there with thousands of people just like me and had questions like me.

Since leaving hospital on NYE 2019 I have started my Instagram page to find, support and share my story with other parents of the NICU. I have found it such a massive help to me and I love sharing Jackson’s milestones and journey to becoming a typical whirlwind toddler and now big brother. 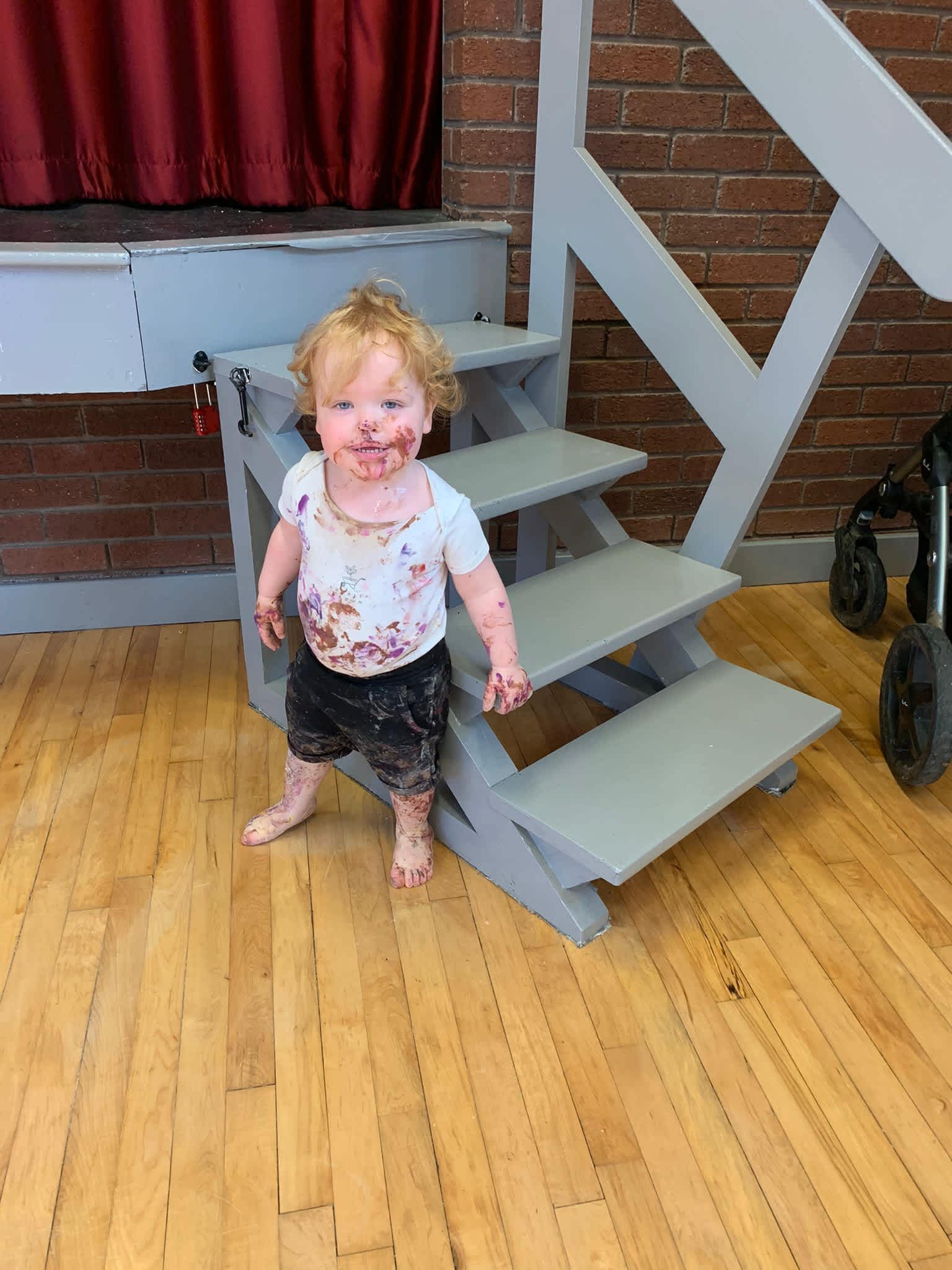 I have connected with so many amazing mums, dads and professionals that I now call my friends.

Social media can be a great way of finding YOUR people, people that understand and get you, that won’t judge you or question you, just support you!

If you are a NICU or preemie parent past or present I urge you to find YOUR people!

If you’re on this NICU journey you’re not alone. For more support and professional advice head to www.bliss.org.uk

Bloss
The home of parenthood experts
0
9
Login to chat

Top 5 tips for choosing a stroller by Ickle Bubba